International referee back on home soil 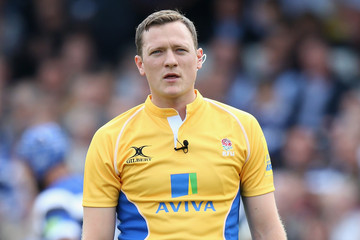 Matt started refereeing in 2002 at the age of 16, taking charge of Aylesford 3rds v Maidstone 4ths. In 2010, Matt was promoted to the National Panel of Referees where he started to referee at National 1 and 2 level and Championship. That same year he debuted on the World Sevens Series in Dubai.

On 4 May 2013, he officiated his first Premiership game, taking charge of London Welsh and Worcester Warriors. Matt later became the first referee to gain promotion from the Referee Academy into a full-time referee.

This year, 2017, Matt was appointed ‘down under’ Australia v Italy as his first Tier 1 appointments. We wish him all the best on his continued journey with top-level appointments.