Just Short of Victory for our U20s 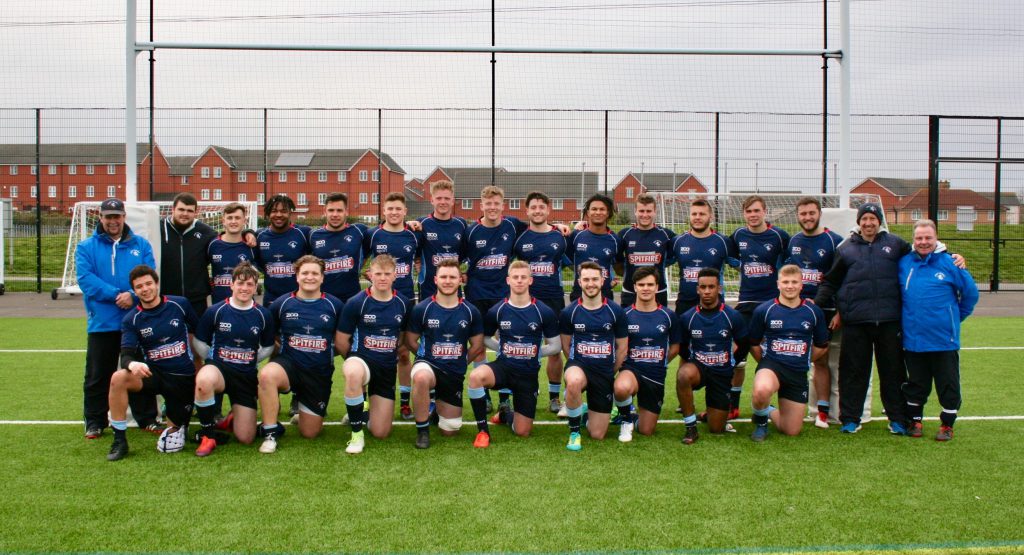 The Kent squad travelled to Bristol on Sunday to take on their hosts, Gloucestershire, in the National quarter-final of the competition. Despite missing a number of players through injury the young Kent squad played their part in a pulsating game which ultimately fell just short of victory.

The game opened up with the home side very much in control and they soon established a 12-0 lead with 2 early tries from their fly-half and left winger. One of which was converted.

Kent, however, started to work their way into the game. Chris Annous did well dealing with the home side aerial attack backed up by good work from forwards Bobby Bratton, Billy Young and Shaun Beckett with their carries. Ollie Colegate and Wilkins combined well in the line out and with more of the possession started to ask questions of the home defence.

James Burton looked sharp at scrum-half and combining with team captain Ollie Hobman laid the foundation for Kent to gain some continuity in their play.

Hobman and the McGann brothers, Ciaran and Niall, looked dangerous in midfield. The forwards carried the ball forward, Matt Williamson, Kieran Clarke, and Zach Corrigan working hard to maintain possession. The ball was then moved wide to winger Zach Garratt on the halfway line. Garratt beat his opposite number with excellent footwork and speed and raced for the line. As the cover defence came across he fed the ball inside to Cameron Wilkins who had continually worked hard off the ball to be in support and score a great team try. Hobman converted 12-7.

Gloucestershire then increased their lead when Kent was penalised for an offside at the breakdown 15-7.

Kent was next to score. Hobman fed Ciaran McGann who ran a great line to slice through the home defence and score under the posts. Hobman converted to make the half time score 15-14.

The second half started with the home side securing a penalty at the breakdown which was converted for their lead to go out to 18-14. However, Kent bounced back quickly with young debutant Niall McGann finishing well following a period of concerted pressure. Hobman added the extras and Kent led for the first time in the match 18-21.

Kent then suffered the loss of the ever-dangerous Jordan Earle just as he went close to scoring in the corner with a hamstring injury. Soon after Matt Williamson left the field with a shoulder injury. They were replaced by Jordan Thomas and Ross Widett.

Despite this Kent battled hard. They looked to introduce fresh legs. The hard-running Mark Muhlemann replaced Billy Young who had put in a quality performance. Toby Rayleigh-Scott replaced Beckett who had grafted hard. Brendon Paulsen, who has had a good tournament, replaced James Burton. Owen Church-Mills replaced Ollie Hobman and Matthew Beard went on for Kieran Clark.

With only a single score in the match, Brendon Paulsen and Owen Church-Mills were driving the team on seeking the elusive next score but credit must go to Gloucestershire who put the game to bed with a score on the final play to secure victory 32-21.

This was an excellent effort and the County can justifiably be proud of the effort and commitment put in by the whole squad in reaching the National Quarter-final.