Kent Finish on a High

Not enough to take them to Twickenham – Cornwall’s win in Devon ensured another County Championship Final for the Duchy – but a second away win to give Kent a successful finale to their campaign, as well as eleven points to take into next year’s contest.

Taff Gwilliam had been forced into no less than eight changes to the 22-man squad (including the unfortunate Ricky McIntosh who pulled up prior to kick-off) that had triumphed against Gloucestershire at Clifton in the previous round, but a scratch side came together to rack up six tries which, together with Dan Smart’s long-range penalty at the death, proved enough to overcome a gutsy Hampshire side.

‘Given we had five enforced changes from last week through injury and unavailability, then lost two players on the morning of the game, and another player in the warm-up, our strength in depth was severely tested,’ said Kent’s Director of Representative Rugby. 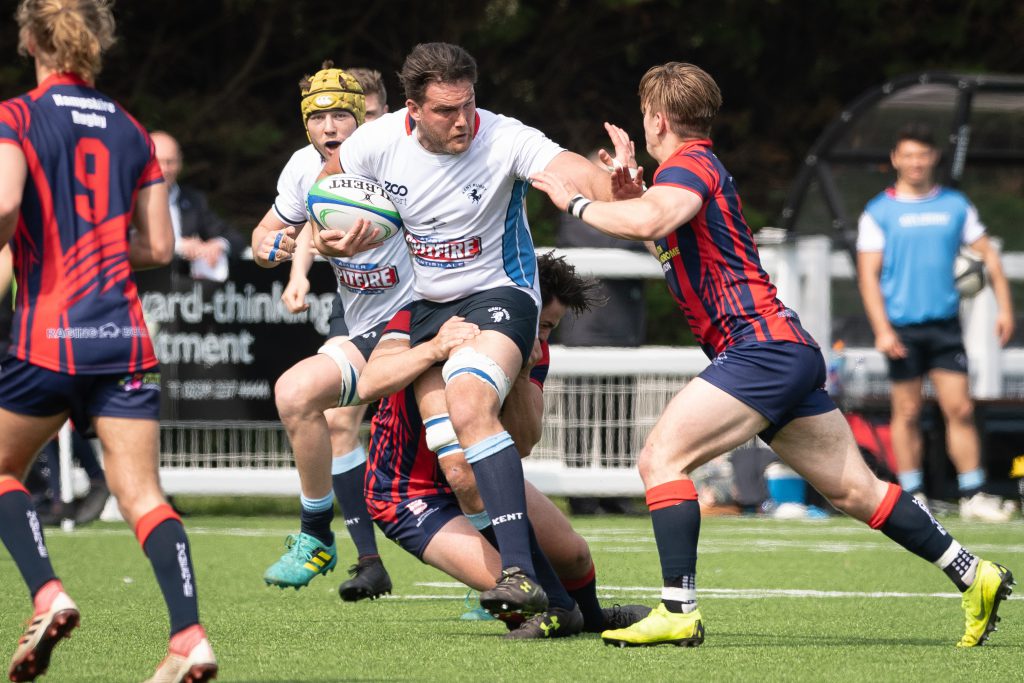 ‘Hampshire were determined to get something from the game, and although it was not our best performance, we showed character and determination to come through and win.’

‘It was a true testament to the strength in depth we are developing, with all the Kent clubs committing to supporting the County Championship.’

Indeed, on this fine spring afternoon on Havant RFC’s pristine all-weather surface, it was Hampshire that came out of the blocks the faster.  Having ripped ball from Kent possession, the hosts won line-out ball through second-row Harrison Young, before play spread across field for Worthing wing Curtis Barnes to cross, inside-centre Joel Knight adding the first of three well-struck conversions for a 7-0 lead within the third minute.

However, Kent’s line-out, with the excellent Nathan Morris hitting his targets, also functioned smoothly, and with Tom Stradwick collecting ball in his own half of the field, Aiden Moss came up in the line to send Charlie Knight over in the right corner. 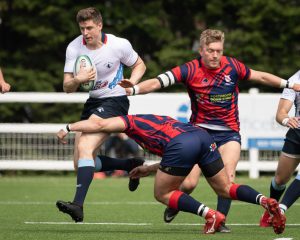 Freddie Owen gathered the re-start, and with Moss injecting the pace once again, this time on the left flank, Craig Dowsett crossed for a second try which, with Frank Reynolds converting, put the visitors into a lead they were not to surrender.

Handling errors and one or two optimistic passes thwarted Kent but, spurning a kickable penalty, Stefan North was driven across from close-range ball, extending the advantage on 35 minutes, but one of a number of barrelling runs from impressive hooker Jerome Trail took play to the visitors’ goal-line before his Havant colleague Scott Morris found space on the right for a converted score, bringing the hosts within range at 17-14 at the break.

Nevertheless, it was three tries in the third quarter that ultimately gave Kent the whip-hand.

Twice the ball was held up across the goal-line before Smart looped around on the short-side for Knight to cross for his second try, and a great run from deep from Alex Pickersgill was taken on by Moss and Dowsett before the outside-centre finished the move he’d started.

Mark Davey touched down for Kent’s sixth score from a five-metre scrum, after ball had been turned over following line-out ball, providing for a 32-14 lead on the hour, but Hampshire were to dominate possession in the latter stages and launch a valiant comeback. 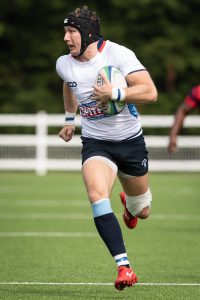 Replacement wing James Wise weaved a fine run to evade tackles and score a superb try in the left corner, and with a free-kick taking play to the goal-line on the opposite side, ball was moved inside for Young to crash over beneath the uprights, the easy conversion bringing Hampshire within range once again with a mere six-point deficit.

However, with Hampshire conceding a penalty for holding-on on their ten-metre line, Smart stepped up for the successful strike that sucked up the final seconds and secured Kent’s victory. 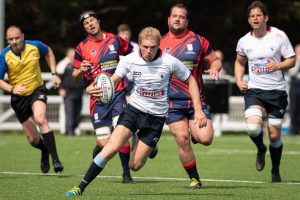 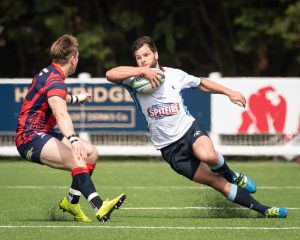