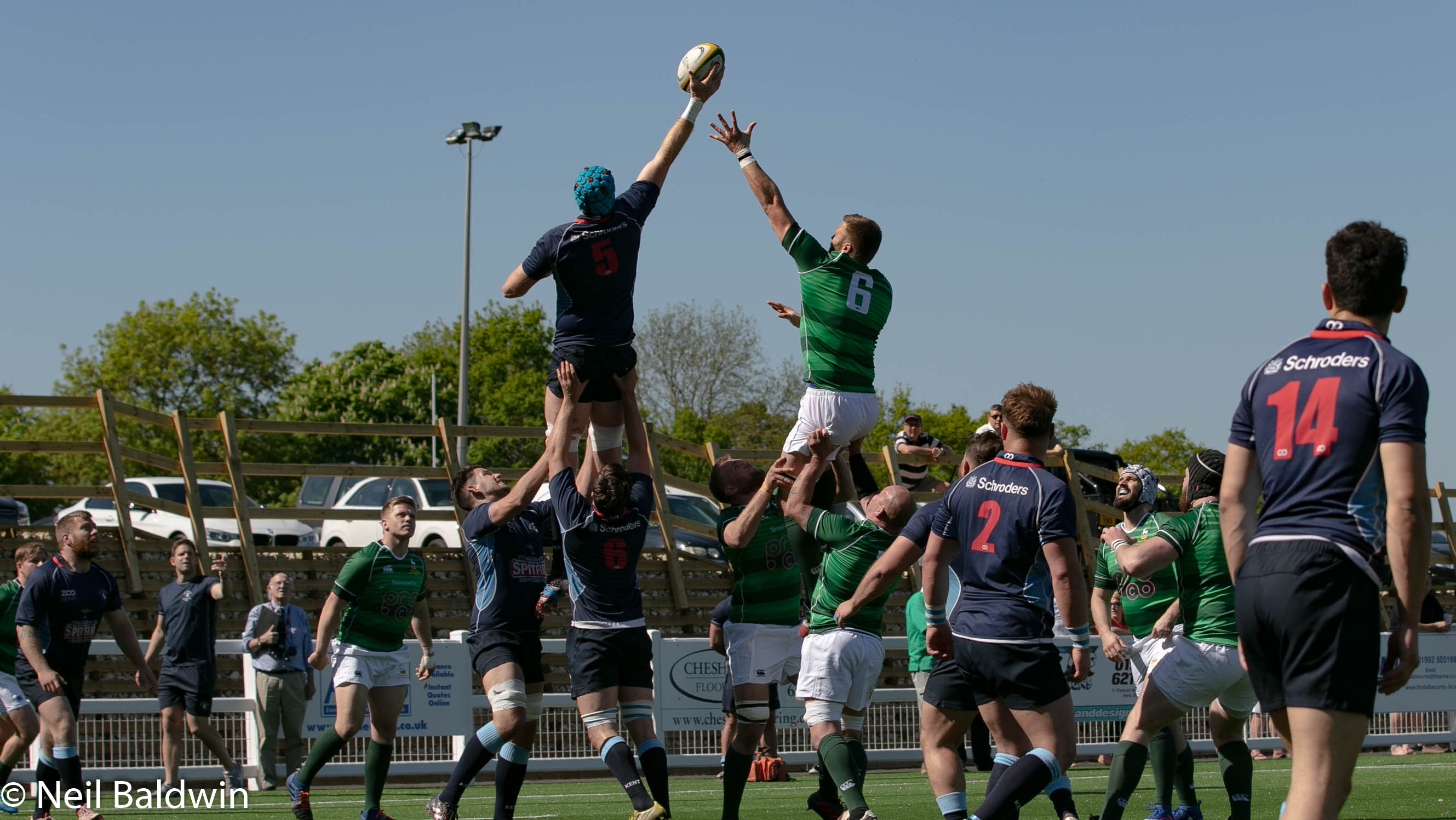 A lovely spring afternoon at Cheshunt RFC, a brand new 4G playing surface, with an equally pristine clubhouse commanding a fine view across the Lea Valley, and a game that produced no less than twelve tries.

Unfortunately for Kent, nine of them came at the receiving end of the field, and although the visitors could claim a firm foothold in this contest for a full 60 minutes, the outcome was a resounding victory for Hertfordshire to give them the perfect start to their challenge towards the 2018 Bill Beaumont Cup.

Indeed Kent had the ascendancy as their scrum, which caused Herts a few problems, demolished the opposition on their own put-in five metres out, turning over possession and moving the ball infield where Mark Cooke’s delightful off-load sent Canterbury’s Dan Smart across to reduce a half-time deficit of ten points to just three with 48 minutes played. 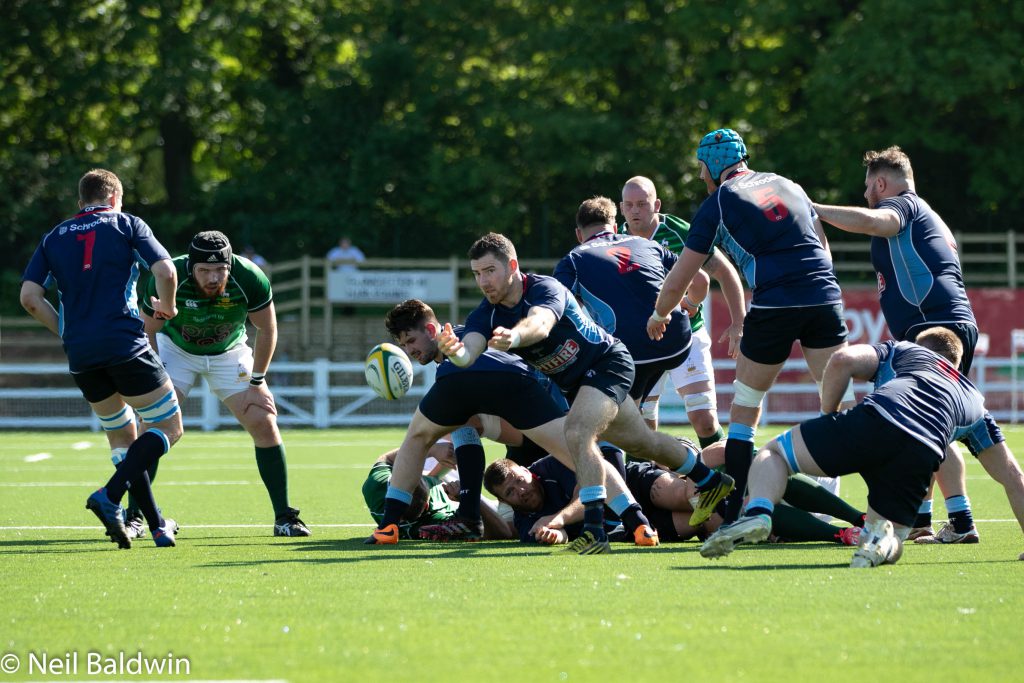 However, as they pressed again the visitors’ discipline lapsed to concede 60 metres of territory from two quick penalties, and with line-out ball moved inside, Sam Lunnon crossed beneath the uprights.

Moments later, Lunnon was involved again as the Old Albanian blind-side combined with Hertford’s Ben Creasey down the right for the latter to score, and with Sean Taylor adding two of his total of seven conversions, Hertfordshire moved into a 17-point lead, stretched beyond the half century as, with the aid of a strong set of players coming off the bench, the hosts dominated the final quarter with two further tries from Luke Barber and a second of the match for Rob Conquest. 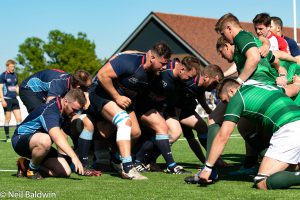 Bishop Stortford loose-head Will Roberts had opened the scoring on 15 minutes, having been driven across from line-out ball, but as a Blackheath-dominated three-quarter line clicked together, Jake Lloyd came off his wing to find a neat angle in response and, with Tunbridge Wellian fly-half Frank Reynolds adding the conversion, Kent briefly held the lead.

Nevertheless, with Herts always quicker to the breakdown and sharp on the counter, Albanian fly-half Dan Watt found a hole in midfield to send skipper and Bishop Stortford scrum-half Tom Banks across, and poor defending around the ruck enabled Conquest to rumble over for the second-row’s first try of the match.

Kent brought their scrum advantage to bear on 35 minutes, as the pack drove off the open-side of a set-piece for number-eight James Catt to score. But as the visitors frantically looked to add to their tally in the approach to the interval, Herts turned possession and broke clear, Taylor bursting through a tackle to send Tring left-wing Sam Barnes over in the corner putting the hosts 24-14 ahead, and setting the platform for victory.