Three out of Three wins for Kent U20! Thrilling Match to watch. 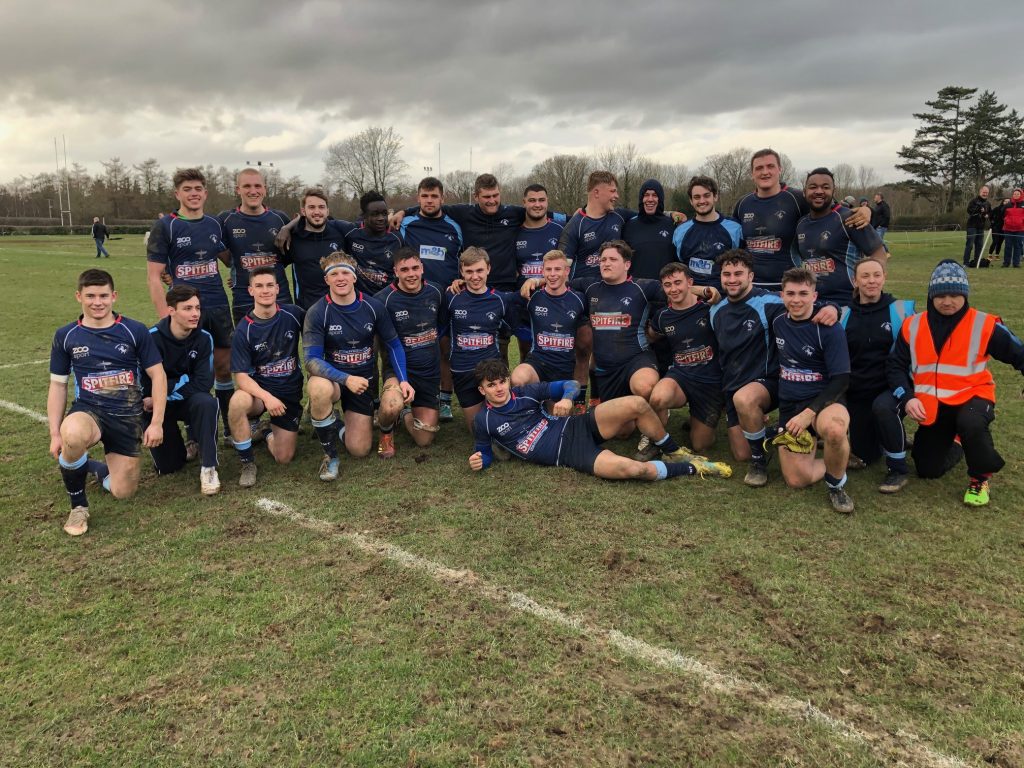 Kent entertained perennial regional rivals Hertfordshire at Cranbrook RFC on Sunday. Both sides came into the match unbeaten and were playing for top spot in the pool and a home quarter-final draw.

The game kicked off and it was the visitors that dominated all the possession early on. A strong scrummage combined with a non-functioning Kent lineout gave the visitors the platform to pin Kent back.

With only 5 minutes on the clock Steff Jones, the Hertfordshire hooker, drove over from short range to open the scoring. The conversion attempt was unsuccessful. 0-5.

The match resumed and the visitors continued to hammer away at the Kent line but great defence led by Captain Ciaran McGann backed up by Tyreece Asamoah, Dillon Robertson and James Burton kept them at bay. It took another 20 minutes before a dominant Hertfordshire team added to their score. Luke Bouchier on target after Kent were penalised at the breakdown. 0-8.

Having survived the early onslaught from the visitors the Kent front five of Bobby Bratton, Joel Chance, Marc Muhlemann, Harry Golding and Henry Kenny, started to the get the upper hand in the tight. Penalties were won at the scrum and good field position secured off Cameron’s boot. On a rare foray close to the Hertfordshire line Kent capitalised when Bobby Bratton showed good strength to drive over for the unconverted try. 5-8.

Kent went into half time encouraged by the way they had stayed in the game and were within a single score of their opponents.

Kent were forced to replace fly half Owen Church-Mills at half time after he failed to shake off an injury sustained in the opening minutes. Max Bullock came on joining Tom Williams who replaced James Burton at scrum half and Tom Paton-Smith who replaced the local hard working boy Josh Curtis.

The second half was a much tighter affair. Hertfordshire had plenty of possession but could not break down a resilient defence. McGann, Henry Kenny, Jack Smith, Zach Filmer and Max Bullock all making telling tackles.

Kent too had chances but their line out (missing a late withdrawal in Sutton) had struggled all day and good field position went a begging. 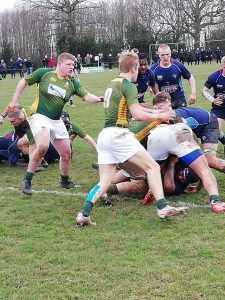 With an hour gone Kent replaced their front row. Bratton, Chance and Muhlemann had come back strongly after a difficult start and their defensive contribution was immense. Another local lad Rory Marsh together with Ollie Colegate and Zeki Yesilmen replaced them and continued to provide a solid platform up front.

Hertfordshire had two very good chances to score out wide during the half but a combination of poor decision making and fantastic defence marshalled by Cameron Hancock at the full back meant that the Kent side did not concede again.

With time running it was Kent pounding away at the Hertfordshire defence seeking the winning score. On 79 minutes the pressure told and Hertfordshire’s Samuel was sin binned for persistent offside.

Kent kicked for field position and a rare line out win saw them attack the visitors line. With time up Hertfordshire conceded two more penalties. Kent went for the scrums each time and with No 8 Charlie Baker, who had performed well under pressure all day, picking and driving for the line pounded the visitor’s defence. Several initial efforts were thwarted but Kent retained possession and eventually young Cullen Daly, a late replacement for Jack Smith, seized his opportunity and dived over for the winning score.

This was a performance of defensive grit and determination and when their chance came they showed patience and secured what seemed an unlikely victory after the opening 20 minutes. 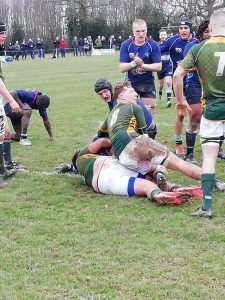