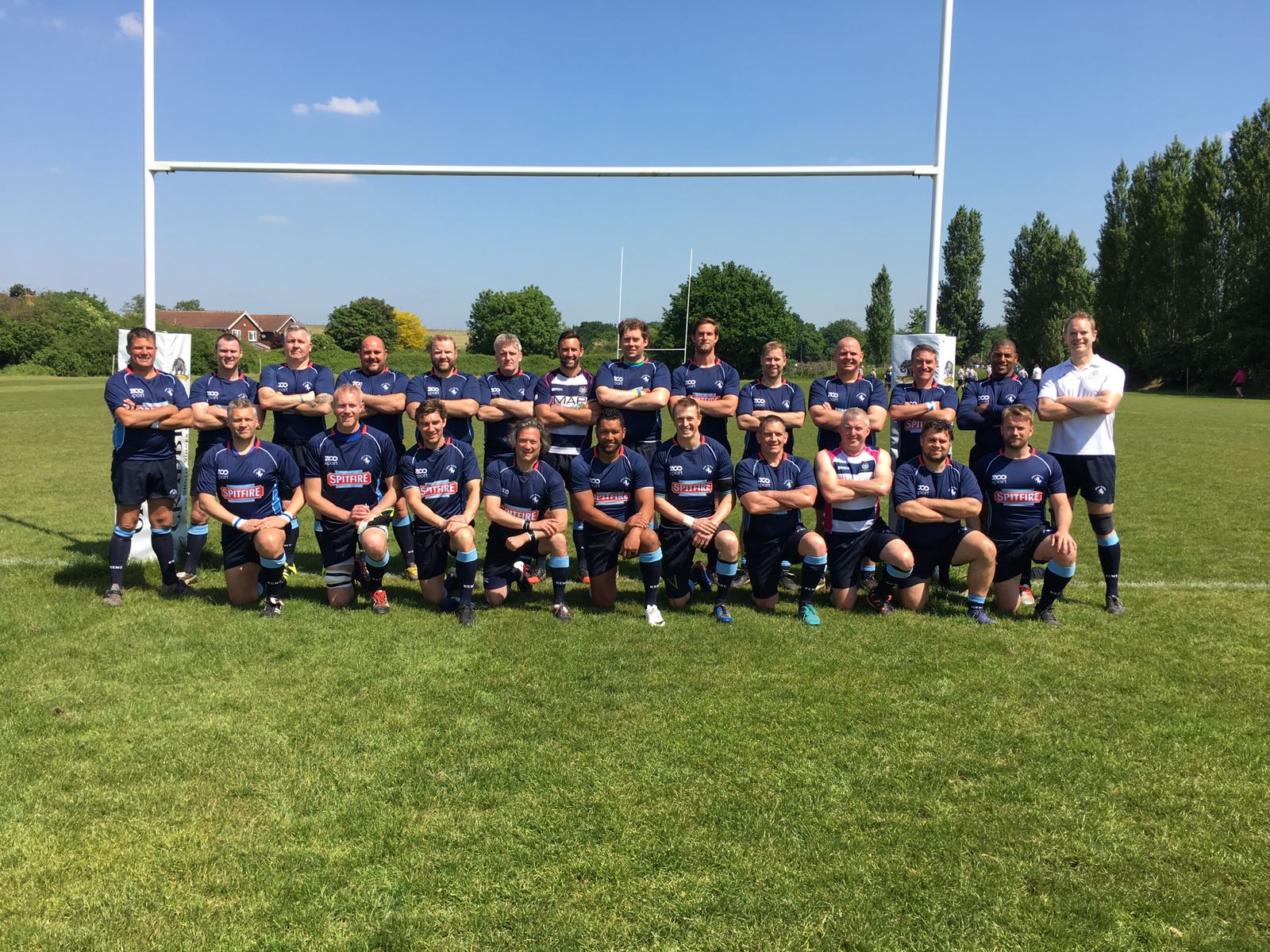 On Saturday the 19th May players from several clubs represented Kent in the London County Vets 15s tournament. It was an excellent event and the standard of rugby was exceptional with several ex-pros, Championship and National League players in the sides.

The format was four 30 minutes games to decide the competition. With only 20 minute breaks and having to keep the legs moving between each game it certainly took its toll on the older but wiser bodies. That added to the rock-hard surfaces and 21-degree heat made this a real test for all involved. Everyone stood up to the challenge and most managed to keep going over the four-hour long competition.

Although this was the first time Kent had played together they were a class act and won their first 3 games 21-7, 38-5 and 21-19. The final game was against the hosts Surrey on their home soil at Esher RFC.  Although at the end of the day and with bodies battered and bruised Kent pushed hard and dominated the final game of the day. Although Kent was on top 17-12 a lapse of concentration in the last few minutes allowed Surreys 8 to sneak in off the back of a scrum to take the glory 19-17.

Everyone that took part gave a great account of themselves and should be proud of what they achieved. Kent Vets are now looking forward to playing each of their opponents in 80-minute fixtures across the 2018/19 season and again in the competition next summer.