Sad News in the County 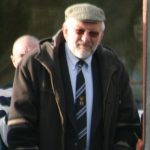 It is with sadness that we inform the county of the passing of Brian Curtis who passed away on 21st Dec 2019 after a long illness.

Unfortunately, over the Christmas period, we received some sad news, Brian Curtis a stalwart of Gravesend RFC passed away on 21.12.19 who had been battling illness for the last 3 years. Brian, a former Club Captain, President, Chairman,  known affectionately by his club as Big Brian “The Beast” will be sorely missed.

His funeral is taking place at Thamesview Crematorium (just outside Gravesend) on 24.1.2020 at 2.00pm, which will be followed by a Celebration of his life,  at Gravesend RFC. 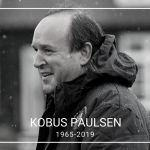 We also announce the loss of Kobus Paulsen who suddenly passed away on 29th Dec 2019 at the age of 54.

Kobus was Old Elthamians’ chief benefactor, a long-term supporter and a hugely popular and charismatic figure with players, officials and supporters alike. Kobus was the driving force behind the most successful period in the club’s history during the last 10 years and helped oversee OEs’ rise to the heights of National League rugby.

Presently there are no known funeral arrangments. Anybody who would like to attend should keep looking at the club’s website for any update of his funeral.