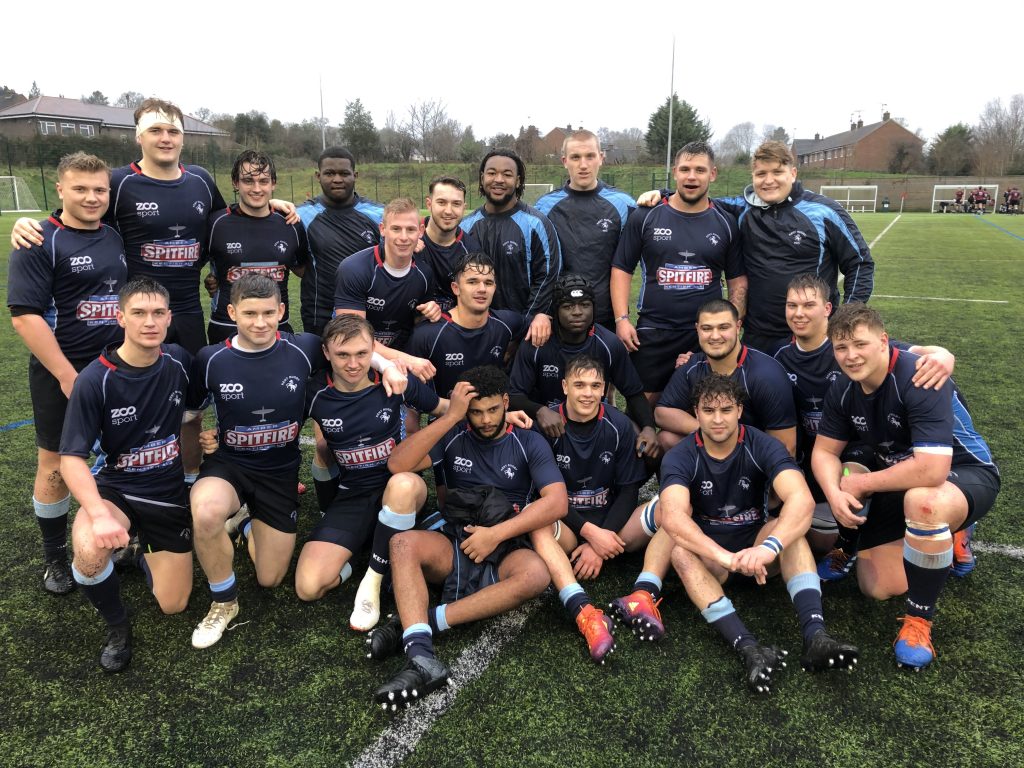 Kent travelled to Horsham on Saturday for the second of three pool games looking not only to secure their status in Division 1 for next season but also secure a quarter-final place. In a thoroughly entertaining game they did just that scoring 9 tries in the process.

Kent were out of the blocks quickest with Captain Ciaran McGann leading the way. He opened the scoring running a great line off Owen Church-Mills after just 4 minutes. Two further tries came in quick succession from Tom Williams and Dillon Robertson. With just 10 minutes gone and with all three conversions from Church-Mills Kent had stunned Sussex and led 0-21.

To the credit of the Sussex side they struck back on 14 and 20 minutes with 2 converted tries of their own. However with the Kent forwards dominating the set piece through Bobby Bratton, Joel Chance and Marc Muhlemann Kent were always on the front foot. Sharp service from James Burton saw the tempo of Kent’s play result in tries from Zach Filmer and Muhlemann. Kent were firmly back in control with just over half an hour gone. A Church-Mills conversion of Muhlemann’s try put the score at 14-33 and the try bonus point was also secured.

Kent were then reduced to 14 men when Bobby Bratton wa spenalised for a breakdown offence. Sussex then replied with an unconverted try of their own on the stroke of half time to make the score 19-33.

The second half saw Kent re-assert their dominance despite being down to 14 men. Good ball carrying and breakdown work from Harry Golding, Tyreece Asamoah and Matthew Beard resulting in tries from Charlie Baker and Henry Kenny. Fine conversion kicking from Church-Mills made the score 19-47.

Kent were then reduced to 14 men for a second time when Ciaran McGann was somewhat harshly adjudged to have deliberately knocked on. Sussex took advantage with two tries, one of which was converted to narrow the gap to 24-47.

With Kent restored to a full compliment and with the fresh legs of the bench introduced with Zeki Yesilmen, Rory Marsh, Niall McGann, Jake Smith, Liam Massingham and Max Bullock on. They all made telling contributions the Kent side re-asserted their dominance. Good team work with some great interplay provided the platform for winger Zach Filmer to complete his hatrick of tries.  Church-Mills converted both make the final score 31-61.

The whole squad can be proud of the effort and application applied in securing their second consecutive away win.