Kent U20 hang on for a win against Sussex. 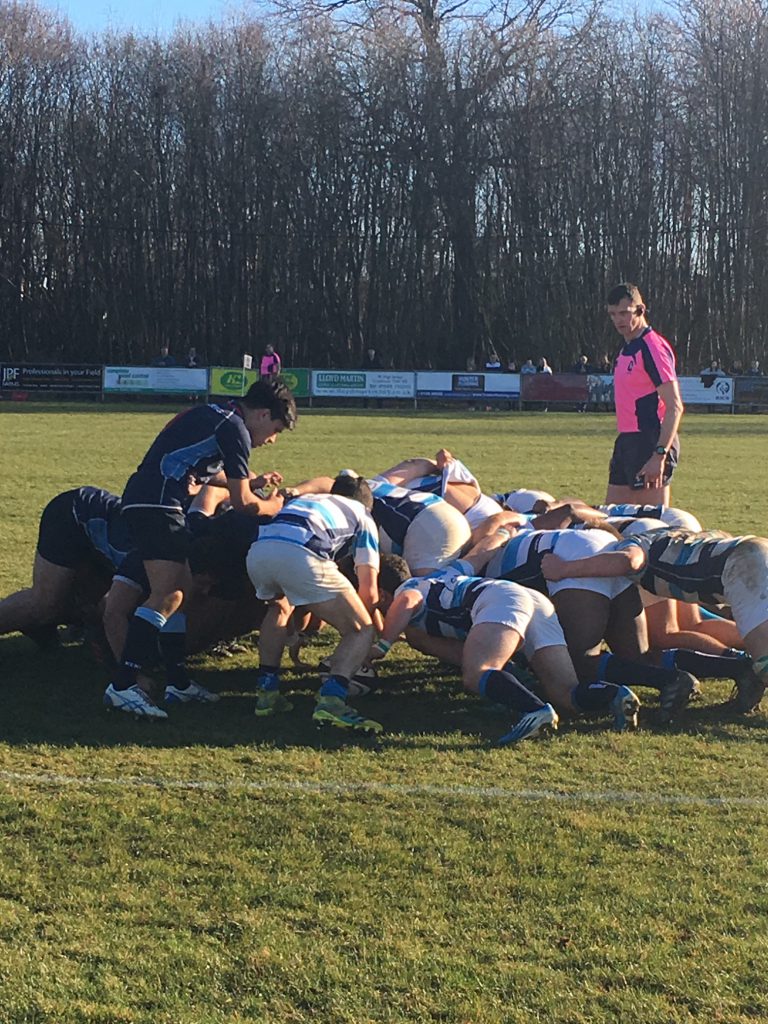 Kent entertained Sussex in this second round pool match of the National Under 20 Championship at Cranbrook RFC on Sunday and in winning guaranteed themselves a quarter-final place in the top tier of the competition.

Despite a number of very late withdrawals, Kent came out of the blocks the quickest. Tries on 6, 10 and 12 minutes by Brendon Paulsen, Tom Adamson and Zach Garratt respectively, all converted by Owen Church- Mills gave Kent early control of the game at 21-0. 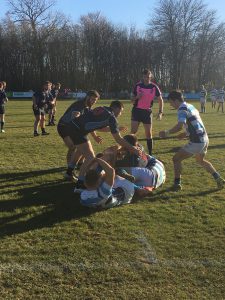 This early dominance was however soon eroded with Kent having scored so easily and quickly early on were then guilty of playing too much rugby in the wrong area of the field. Sussex capitalised on this. They broke their duck deservedly with an unconverted try from lock Sam Dussack on 25 minutes.

As it was with the first half it was Kent who started the second half the better. With just 5 minutes gone Jake Smith finished off some excellent teamwork to score an unconverted try in the corner and push the Kent lead out to 26-5. Sadly for Kent they then lost hooker Oliver Colegate to injury and with no specialist replacement (due to one of the late withdrawals) their line out started to struggle.

On 51 minutes Sussex replied with a try from George Brown converted by Will Sanderson to bring the score back to 26-12. Sussex were back in the game and pressed the Kent line. Kent was penalised for persistent infringement and influential lock Matas Jurevicious received a team yellow card.

With Kent down to 14 men, Sussex took full advantage. Tries on 58 and 64 minutes from George Brown, completing his hat-trick, and the conversions from Will Sanderson saw the scores level at 26-26 all.

Kent made changes to their side and with the return of Jurevicious upped their game. 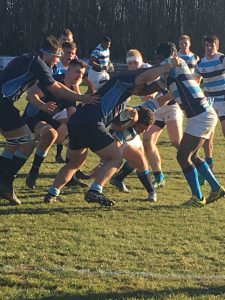 On 70 minutes Kent regained the lead through Brendon Paulsen. Some excellent approach work and patience eventually saw the organised Sussex defence broken down and Paulsen took full advantage with an incisive dart close to the line. Church-Mills added the conversion.

Sussex re-started and immediately from the kick-off Kent secured possession and after a couple of carries by the forwards the ball was moved into midfield and Charlie Knight running a great line burst through and went over under the posts. Church-Mills converted and 14 points with back to back scores took the game away from the visitors with just 8 minutes to play.

To the credit of Sussex, they scored a converted try in the 79th minute from replacement Josh Earle but Kent saw the final plays of the match out from the re-start to secure the victory.

Kent was delighted to win. With 8 changes to the side within 48 hours of the kick off and some of the players, Cameron Wilkins, Owen Chuch-Mills, Ethan Wright and Matthew Beard not previously been involved it was a significant achievement to secure the victory.

Kent now travels to Cheshunt RFC on Sunday 17th March to take on Hertfordshire. Whoever wins the group from this match will host either Cornwall or Gloucestershire in the national quarter-final.